An authentic Persian rug is hard to come by. Faced with the prospect of tracking one down on their own, most shoppers opt to defer the legwork to a dealer with years of trade expertise. The process can be convoluted and exhausting, not to mention ludicrously expensive. Or, at least, it used to be. Now you can simply turn to Mikael Kennedy. A fashion photographer by trade, Kennedy came up in New York’s menswear scene before landing in L.A. six years ago. Today, he’s the proprietor of King Kennedy Rugs, a collection of Persian rugs he’s been amassing for well over a decade, and for an impressive roster of committed aesthetes he is the plug. The comments on his Instagram, where Kennedy teases small-batch custom runs and shows off recent acquisitions, read like a guest list to a buzzy fashion week event—buyers, designers, sundry industry insiders. The good news? You don’t have to be an it-bag carrying member of the fashion glitterati—or an especially deep-pocketed home goods enthusiast—to get your hands on one of his exquisite finds, because, as luck would have it, he sells them online.

So how did Kennedy get here? Around ten to fifteen years ago, he started noticing bright, intricately detailed rugs in the homes of his friends. On a trip to Western Massachusetts, he stumbled across one particularly threadbare prayer rug from the late 1800s. (Years of hard use left hand and knee marks permanently impressed into the fabric itself.) It would prove to be a fateful purchase. “It blew my mind that I could be holding something that was that old, that had [such a visible] remnant or relic of human existence in it,” Kennedy says, speaking by phone last month. He began collecting Persian rugs in earnest, all while holding down a day-job as a professional photographer in New York. On the side, he sold his rugs out of an old Mercedes, laying them across the hood of the car so customers could peruse his wares on the street. Many of Kennedy’s early clients were brands already in his rolodex from his work in the fashion industry. Burton Snowboards came calling, as did Ralph Lauren. (At RRL stores, satellite homes to Ralph Lauren’s immersive paean to the Wild West, employees would flip rugs over, exposing their faded underbelly, to make them look older.)

Like double-knee pants and single-stitch tees, Persian rugs, and facsimiles of varying degrees of authenticity, have exploded in popularity. They’re now mainstays of the trendy boutiques that riddle downtown Manhattan and the artful interiors equally pervasive on certain corners of the internet. Ironically, Kennedy sees their popularity as a pushback against the Instagram-friendly form of minimalism—what he calls “soulless, empty spaces”—that became ubiquitous on the platform over the last decade. “Minimalism is the easiest design to pull off,” he scoffs. “And so it’s not interesting to me.”

He also takes pains to acknowledge the complications of operating as a white American in a space made possible by the labor of artists who are neither, even if they’re no longer around to reap the profits. “There’s a lot of young, white rug dealers stepping into this market right now,” Kennedy points out. He notices when dealers take a hundred-year-old rug, Anglicize its name, and upload it to their sites stripped of its historical context, whitewashing its cultural significance in the process. Kennedy feels a responsibility to the people he’s dealing with, even if he’s never met them, which is why he’s quick to call out competitors who don’t treat their wares with the dignity they deserve. Ultimately, he emphasizes, “this is someone else’s art.”

His keen eye and vocal ethics have won him a legion of appreciators, including the furniture designer Stephen Kenn, another expat Angeleno, who worked with him on a set of specially upholstered furniture. He also started selling bags. (An early batch was made with Stanley & Sons, the legendary NY-based operation Kennedy knew of from his #menswear days.) Expanding into bags reflects his deeply-held belief that art should be accessible, a sentiment Kennedy carried over from his time showing in galleries, when he would sell zines or miniature versions of his photographs so everyone could take home a small piece of the experience. His bags, though not inexpensive, call for significantly less financial commitment than a $5,000 antique rug. Jackets and one-of-one coats are coming, and an unofficial collaboration with Birkenstock is also in the works. (In May, he teased an image of a striped bomber, fashioned from a Moroccan blanket he found in Marrakech. It looked incredible.)

For Kennedy, though, the rugs themselves remain the point of focus. And from a cost-per-wear perspective—to put it in terms he might’ve used in the #menswear era—they couldn’t be a better investment. “These rugs are so finely woven that they’ve lasted a hundred years,” Kennedy points out, “and they’re still incredibly durable. They’ll last for another hundred years if you take care of them.” 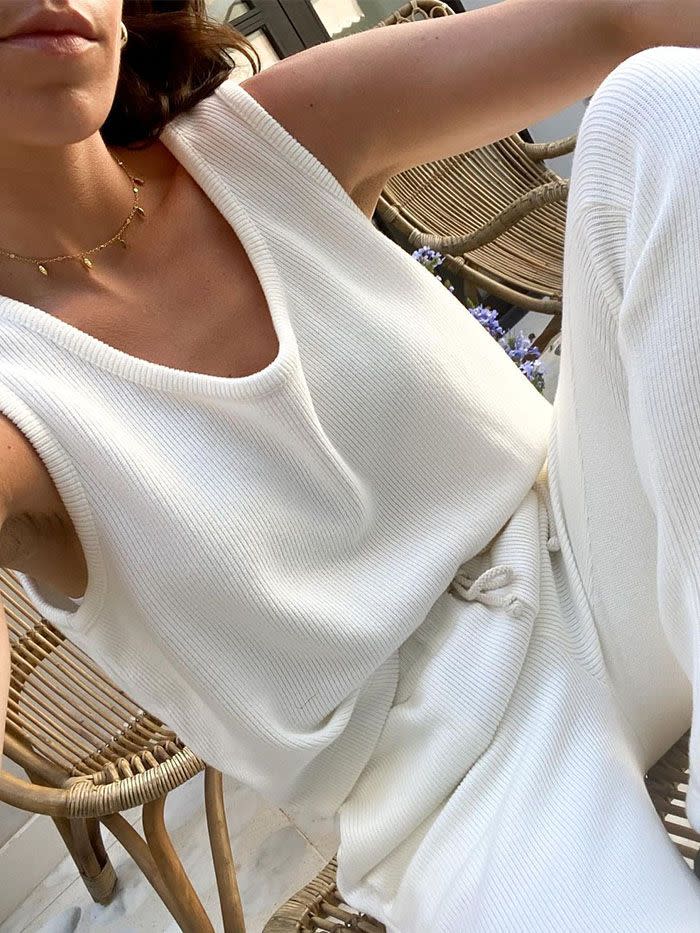 There are a lot of things we’re loving about summer right now—alfresco cocktails, long, warm days reading at the beach, invigorating dips in the pool… not to mention plenty of

Fashion is always a microcosm of culture—economically, politically, and otherwise. At any moment in time, what’s in fashion speaks to overarching societal trends. For many, the pandemic heightened the public’s

Courtesy of Louis Vuitton The Fall 2021 season marks the beginning for brands of all sizes venturing into a post-pandemic world. Even with the in-person shows beginning to ramp up,